APE is one of the most difficult mushrooms to find because only 5% of it’s mushrooms drop spores and it has a short shelf life and will contaminate easily.  Therefore, it is typically more expense to buy.

Penis Envy P. cubensis has an interesting history. It is theorized the strain was isolated from Amazonian P. cubensis (another popular strain) by legendary ethnobotanist and psychonaut Terence McKenna. Since Mckenna’s original isolation, many variations of Penis Envy have subsequently been created, such as Albino Penis Envy and Uncut Penis Envy. All of these variations have characteristics which are clearly distinct from other P. cubensis strains, consisting of substantially higher potency  (30 to 50 percent); extremely thick, dense stems; and pale, underdeveloped caps — making them somewhat resemblant of the organ for which they were named. They are known to generate an experience filled with deep philosophical ideations and intense feelings of euphoria.

Most people report it being about 1.5x more potent than normal cubensis strains. 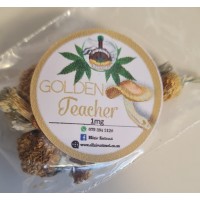 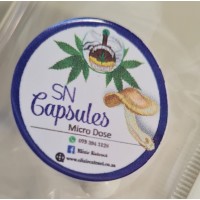 SuperNova is considered by many to be more popular of all the cubensis species.  It has an unk..